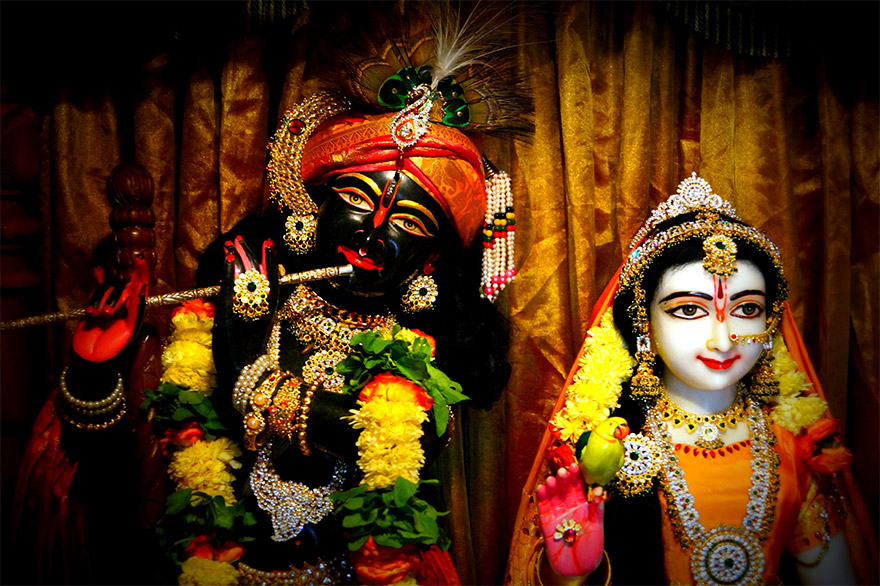 Here are some pictures of Sri Sri Radha Giridhari at the ashram of Sevakapathi Das in Puzhal, Chennai.

The temple was originally established nearly 100 years ago as a bhajanai koil by the grandson of Saint Thyagaraja, the famous composer. In recent times Sevakapathi Das has installed the deities of Radha Giridhari, and established a goshala there. He has been living as a sadhu since 1997. 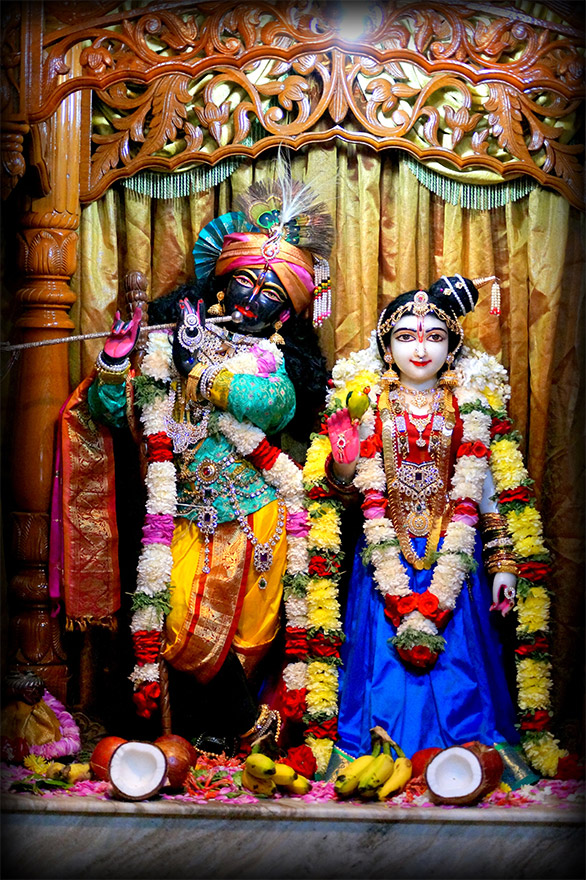 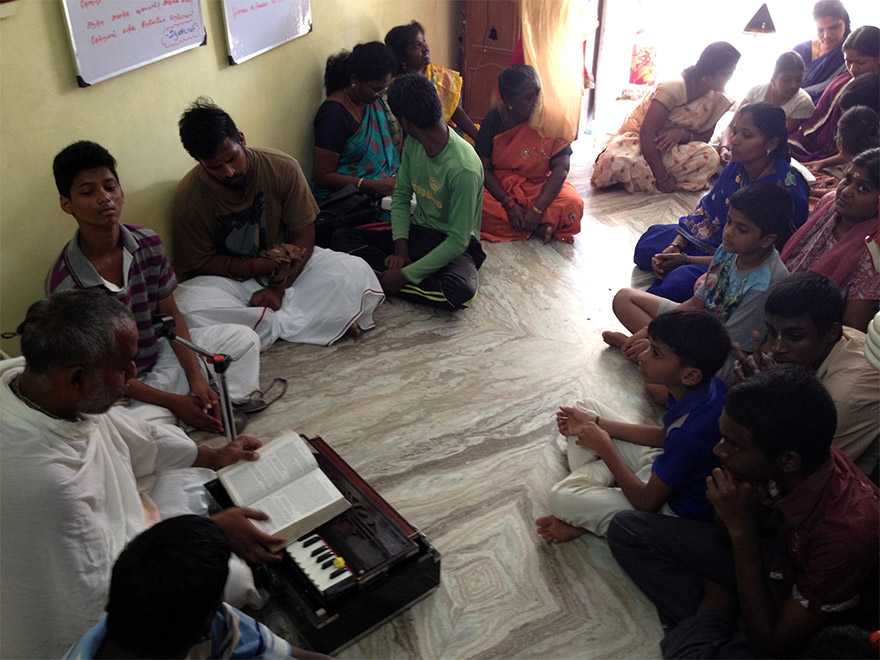 Sevakapathi Das giving class on Bhagavad Gita to devotees at his ashram. 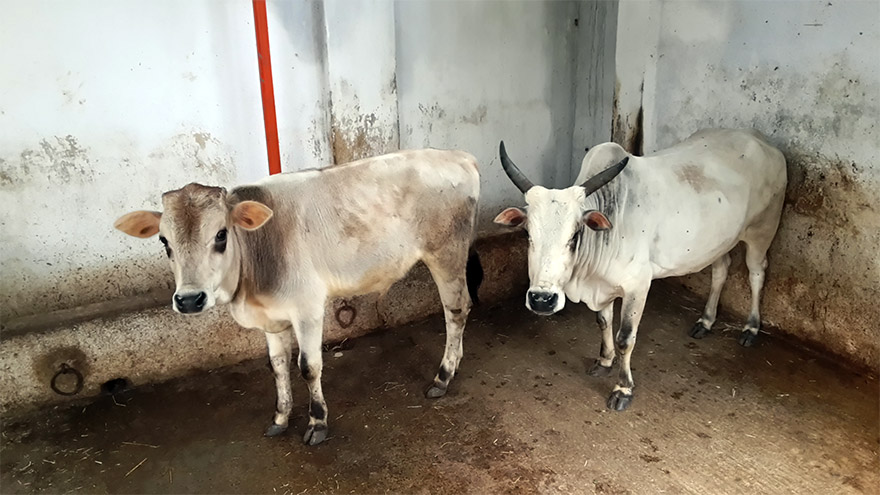 Some of the cows at the goshala. 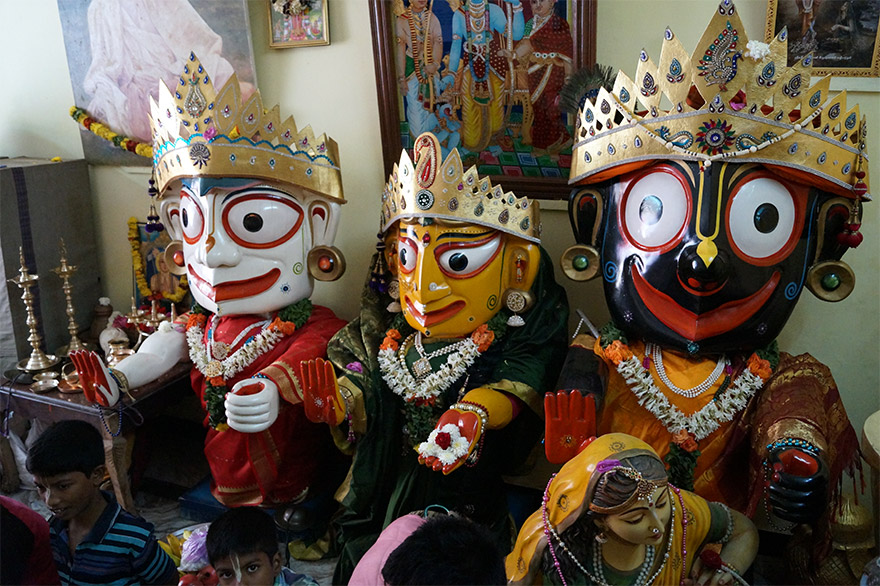 If you want to visit this ashram, it is located at 86 Lakshmi Amman Koil Street, Puzhal, Chennai – 600 066. His phone number is 9962936540. Every Sunday there is satsanga starting at 10 am with Bhagavad Gita class, bhajan, kirtan and prasadam. On Friday evenings there is Go Puja and Tulasi Puja at 6:30 pm. 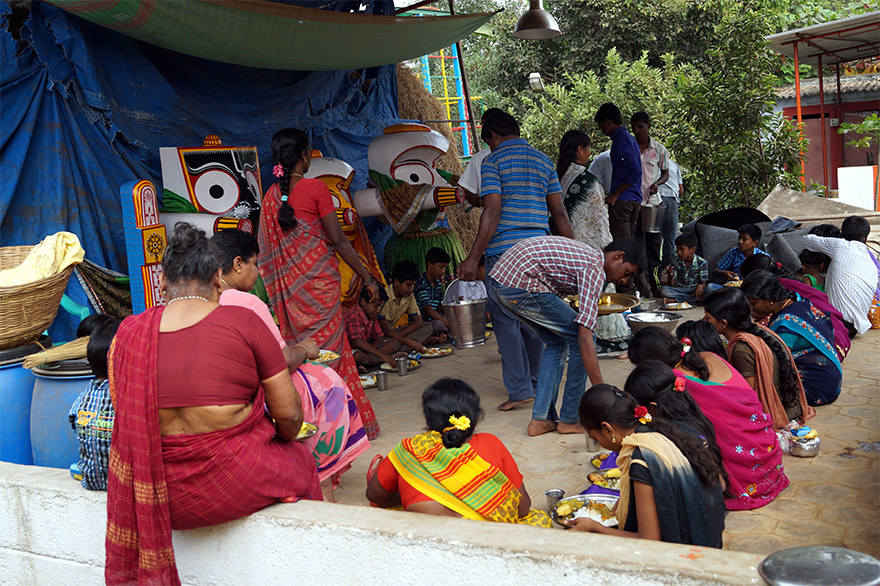 Every Sunday there is satsanga at the ashram.

There is also a very large and ancient Skanda temple just a few houses down, which you should definitely visit. In fact, there are 4 or 5 ancient temples, all 1,000 to 2,000 years old, within a short distance of a couple kilometers – two shiva temples, one devi temple and this skanda temple. All are very large and had been built by kings in previous ages. 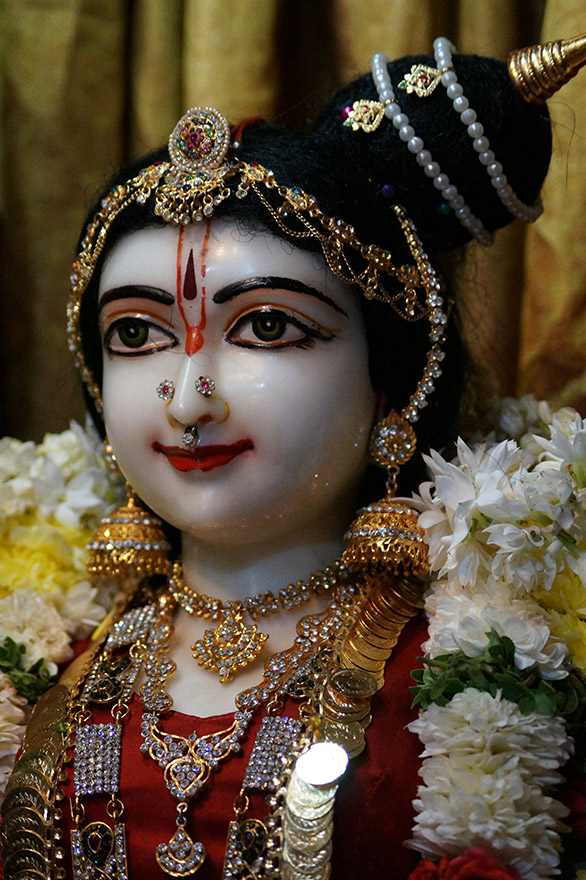 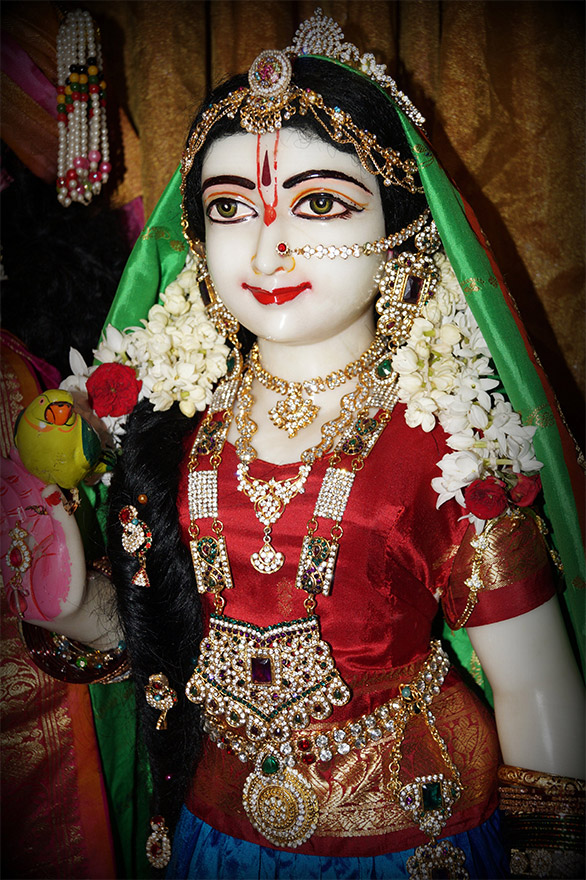 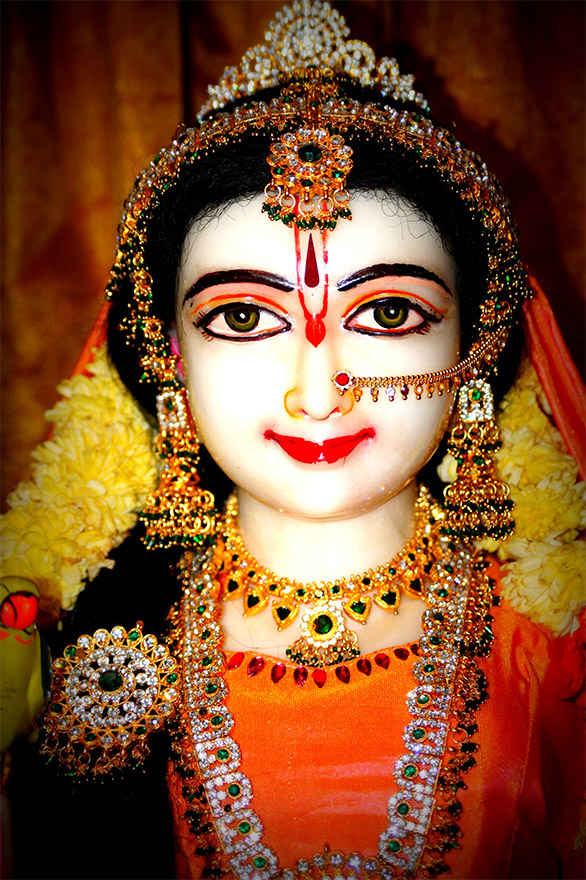 Location of Ashram and Temple: 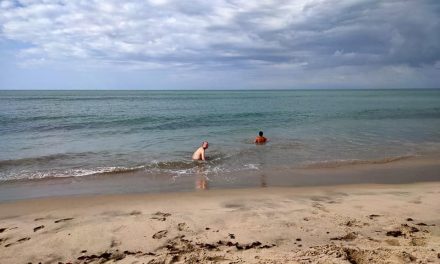 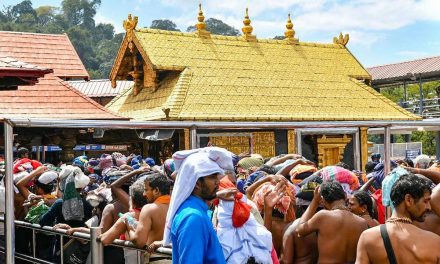 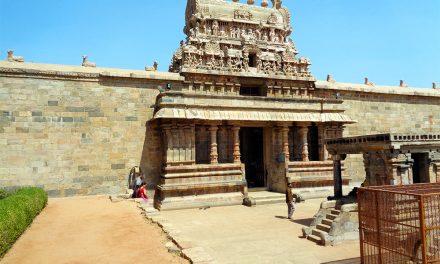 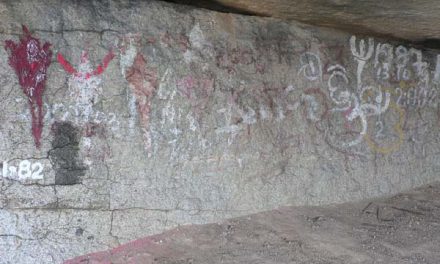