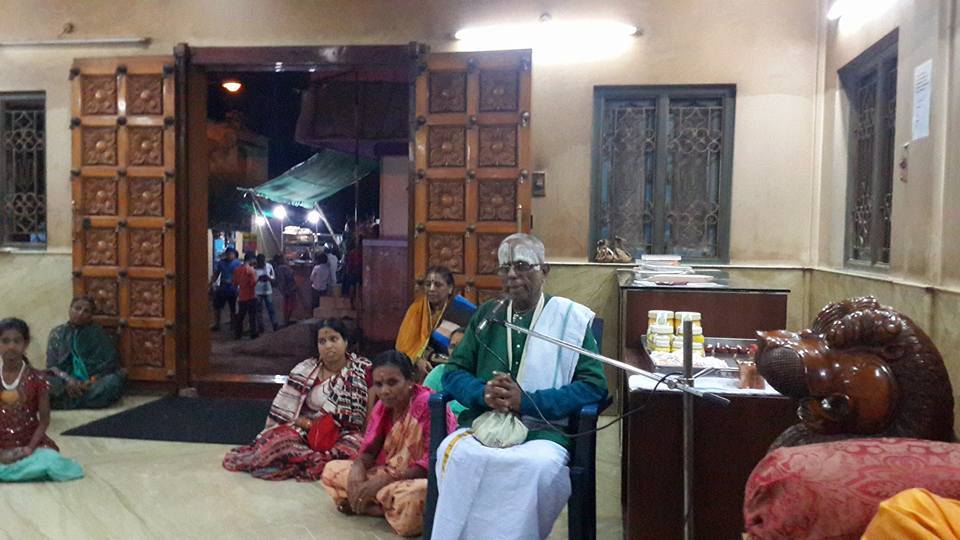 Three years ago today Ram Mohan Das departed from this world. He had spent a few of his last years staying in our Panchamukha Hanuman temple in Chennai, though for the last few months of his life he went to stay in Kumbhakonam.

He was associated with and served at ISKCON Chennai for many decades before that. Even before joining ISKCON full time, he held regular Bhagavad Gita classes in Adyar at his house on Ellaiamman Koil Street.

When I got news that he had passed away it was already night and our temple had already been closed. I went down to the temple hall, where all of the lights were off and the temple hall was completely dark. I wanted to say some prayer for him and offer my respects to him one last time. 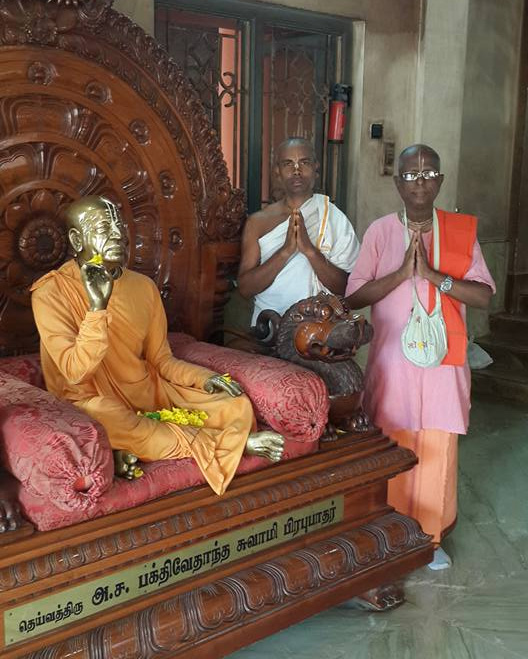 Finally I went to the chair where Ram Mohan prabhu used to sit every day. I picked up the chair and moved it a bit to the spot exactly where he used to sit, and then I bowed my head to the ground and began to offer namaskaram to him, reciting the prayer to the vaishnavas beginning with:

“I offer my respectful obeisances unto the Vaishnava devotees of the Lord. They are just like desire trees and can fulfill the desires of everyone, and they are full of compassion for the fallen conditioned souls.”

As soon as my head touched the ground, the ceiling light above his chair came on by itself, lighting up the dark temple hall. I got up kind of startled and searched if anyone was there, but no one was there in the temple hall. The light came on exactly as I offered obeisances to Ram Mohan prabhu. It was scientifically impossible to have happened, and nothing like it has ever happened since.

I took it as a sign from him, that he was there and had witnessed my prayer to him.

I hadn’t told this story to anyone except his daughter. But today when I was thinking of him quite randomly, I saw it happened to be the same day he had disappeared three years before. So I thought it is another sign that I should put this remembrance in writting so that he can be remembered in the future. 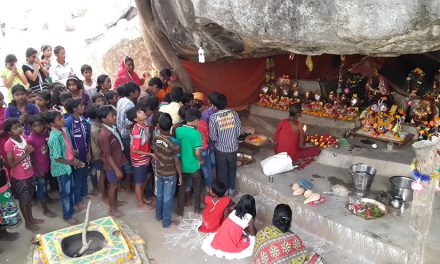 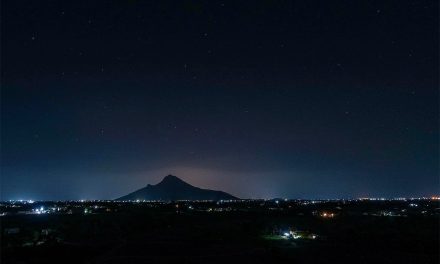 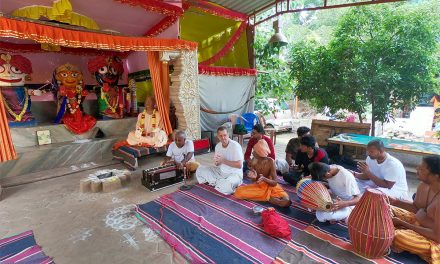 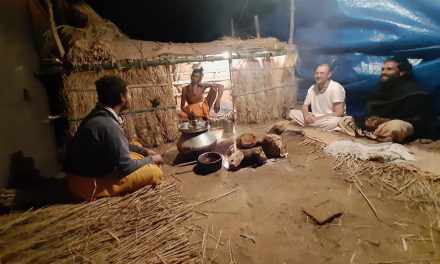